The hydroxyl radical (OH) and the peroxyl radicals (HO2 and RO2), commonly called ROx, are important species of atmospheric chemistry. OH reacts with most trace gas in the atmosphere, including Volatile Organic Compounds (VOCs), whose oxidation leads to the formation of HO2 and RO2 which reform OH in the presence of nitric oxide (NO). This radical cycle controls the oxidizing capacity of the atmosphere, and therefore, affects many atmospheric processes such as the radiative balance of the planet, by impacting the lifespan of greenhouse gases (CH4, HCFC …). It influences air quality over a large geographical scale, by modulating the formation of secondary pollutants (ozone, secondary organic aerosol …). Detailed knowledge of the ROx balance of the atmosphere, and more particularly of their production, destruction and conversion mechanisms, represents a fundamental issue in atmospheric physicochemistry.

Motivation – The intercomparison of instruments based on fundamentally different techniques is essential to ensure the accuracy of observations. Indeed, different types of instruments will rarely present the same measurement artifacts. If discrepancies are observed between instruments, it is often possible to identify the origin of these differences by comparing their variability with other parameters such as temperature, humidity, and chemical composition of the sampled air.

Objective – The work that will be carried out by all the partners concerns an intercomparison between the PERCA, FAGE (Lille) and SAMU. The main objective of this component is to inform the reliability of the three techniques for radical measurements peroxyl in ambient air.

Methodology – The intercomparison will consist in sampling mixtures of RO2 generated in the atmospheric chamber HELIOS (atmospheric chamber simulation with natural irradiation). This chamber has an infrastructure for easy deployment of instruments dedicated to ROx and is equipped with analyzers to monitor temperature, relative humidity, VOC concentrations, HONO, O3, NOx, and photolysis frequencies photolabie species. Measurements in atmospheric chamber allow the study of simple chemical systems to model and an optimal control of the operating conditions. The experiments in the room will allow to approach the chemical complexity of the atmosphere while controlling the studied system. 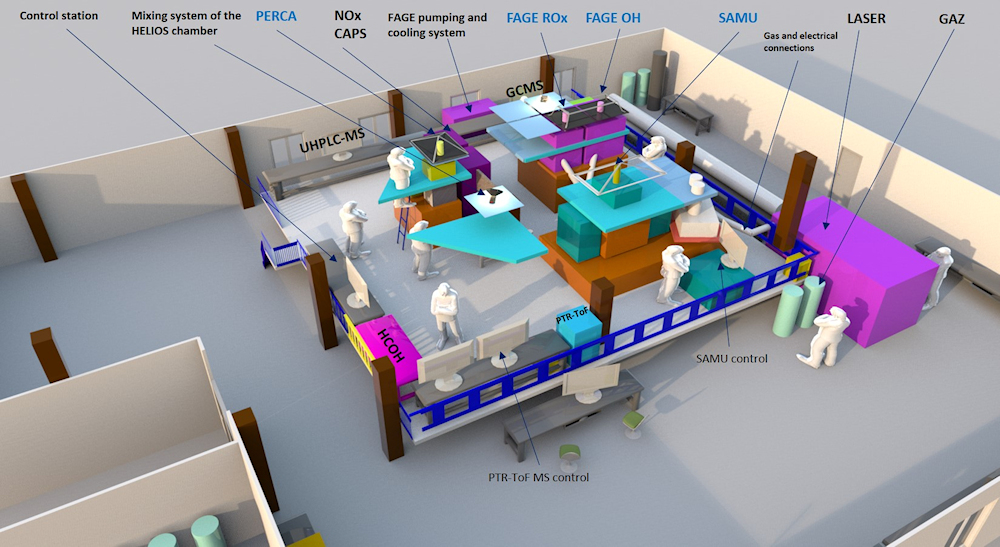 Some slight changes have been made on the HELIOS platform to host the instruments used during the Campaign.

The campaign was conducted from October 1 to 19, 2018 with the following schedule 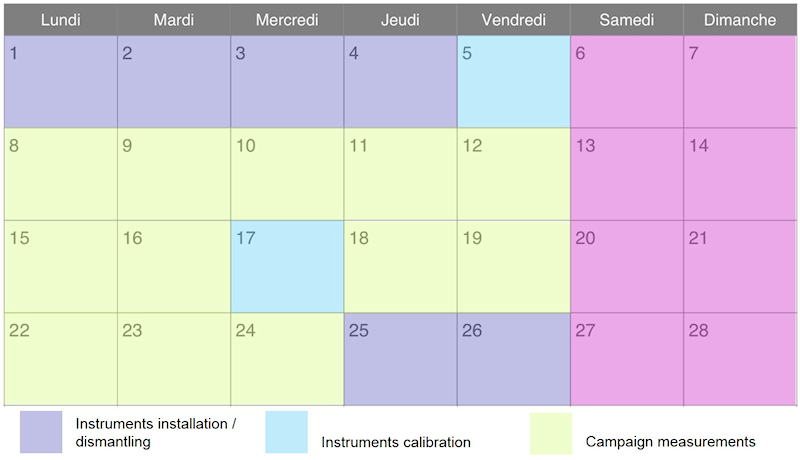